Countless celebrities have been under the harsh public criticism when it comes to plastic surgery. While photoshop could take part of the blame, it could also be from suggesting a few too many shots of Botox to the face. However, there is one celebrity who has accepted age for all it is worth, and if she chooses to go under the knife, it will be real cosmetic surgery rather than Botox and lip plumping. 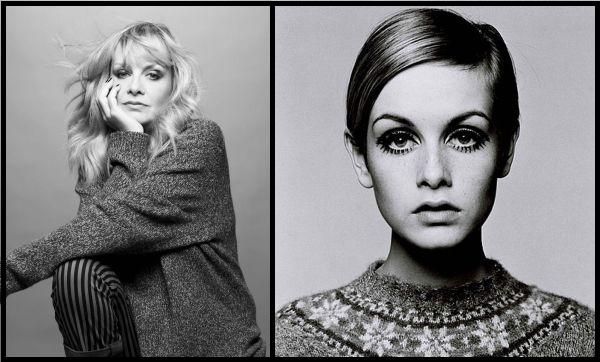 International supermodel, Twiggy, was recently asked about her never having work done and her response was “I haven’t, but that’s not to say I won’t.” When it comes to age, there are those who either accept or reject it. However, Twiggy has stated her reasoning for being against Botox, “The thing I’m against is the things they pump into your face and lips. People who have had it done can look like munchkins! It’s peculiar. I’m very anti-Botox as I feel it’s dangerous.”

She was once the favorite panel judge on America’s Next Top Model, and has always been known to be very upfront. In more detail upon her decision against Botox, Twiggy explained “I always wondered what drugs they gave my mom [suffered from postnatal depression]. I don’t trust anything like that. I really don’t think I’d ever be Botoxed. People say that venom disappears, but where does it go? It has to go somewhere.”

Perhaps Twiggy is just expressing the feeling of many women out there. Is there a chance that more women consider going under the knife before subjecting themselves to Botox? While Twiggy was always made fun of for being well… twiggy, she has never once supported the idea that models are forced into anorexia or forced to alter their appearances. The way a model looks is all dependent on the clothing line she is being paid to express on the runway, whether it be a high fashion show or not.