So get this: the president of Georgia is being accused of misuse of State funds, and accusations that Mikheil Saakashvili (the president of Goergia) spent $1000’s of dollars in Los Angeles getting Botox.

So the president of the USA can spend literally 1 million dollars on a trip to Hawaii with 10 aids, secret service, and a private G5, but this guy can’t get a little Botox?  WTF.

“A large-scale investigation has been launched over the misuse of the state budget…The prosecutor’s office has the right to question any person that might have been involved and this could be the president of Georgia.” the prosecutor of the case stated.

According to these “expense documents” aired on Georgian radio, the president spent about $11k on medical procedures while visiting the US in 2009 and 2011.

He also allegedly spent $9000 on a nude portrait of an unspecified US actress.

He now has to step down for this as well and is going to lose his job.

At least he looks good. 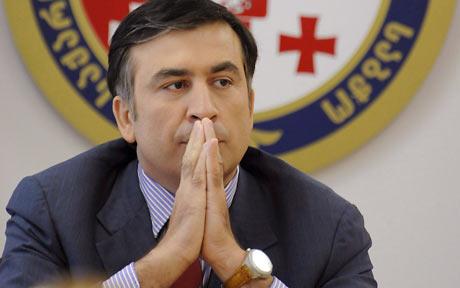