You probably didn’t realize, but over the last few months the company behind Botox was bought, sold, renamed and renamed again. The CEO of Allergan Brent Saunders the company that makes Botox has been busting moves like a billionaire.

Saunderes purchased  Kythera Biopharmaceuticals Inc. a company that makes a drug that is supposed to reduce the fat in your chin or “double chin.” The deal was for $2.1 billion dollars. That’s a lot of chins! 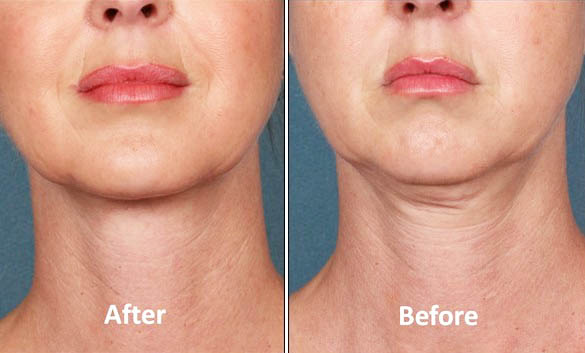 From what I understand, the drug is called Kybella and it is a detergent (like Tide I guess) that is injected into the skin and will dissolve fat deposits that cause double chins.

A detergent that is injected into the skin in order to dissolve fat deposits that cause double chins, for $2.1 billion. There was a clinical trial of 1,000 chin fatties that were given the drug and apparently the trial succeeded showing that it did cause a reduction in chin fat.

As with any drug there are side effects such as bruising, difficulty swallowing, facial muscle weakness and an uneven smile.

I can’t wait to see what happens when this drug makes its way to Boca.