I guess that’s one of the perks of having your own talk show as a high profile celebrity – you get to publically put all the rumors about you in their grave, and that is exactly what Bethenny Frankel did when it came to claims of her using Botox.

Frankel took to her talk show’s center stage to address Dr. Robert Guida, the physician who has been going around with a photo of her saying that her Botox job was botched. Needless to say, this doctor’s claims went viral and word got back to the Skinny Girl tycoon – much to her dislike. “I have a new boyfriend and he has botched me up,” Frankel’s said beginning her monologue, “Yes, bloggers who have no idea what they are talking about are writing that I have a new boyfriend named Botox, who has really botched me up.” 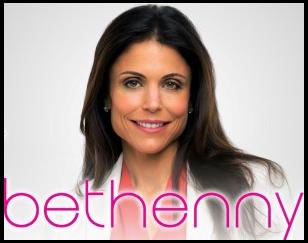 In regard to the photo that Guida has been circulating, she commented, “because that’s the face I make every day, of course,” and to put those rumors to rest – actually, not rest – to completely obliterate the rumors that her face is too wrinkle free, she has a camera zoom in on her face and pointed out her natural wrinkles.

She went on to explain to her fans that she is not against plastic surgery [Botox specifically], but she is for everything in moderation. The brilliant end to her brilliant rant ended with her openly telling Guida that if he wants to say anything to her, he is more than welcome to come and, “Say it to my wrinkled face!”