Despite being fired from the Real Housewives of OC, Alexis Bellino is lookin good and wants the whole world to know.

“Alexis and Gretchen were fired from the Housewives of OC,” a source told US Magazine. “They just had run their course. Gretchen has been on the show a long time, and it was the same old story.” (Bravo would not comment on this.)

She posted this photo on her Instagram yesterday along with a caption that credited her facialist for her amazing skin.

She also said she wanted to thank her two doctors, while tagging them in her post “for keeping Jim and I young with the Botox.”

in case you are in the LA area and need a good facial.  🙂 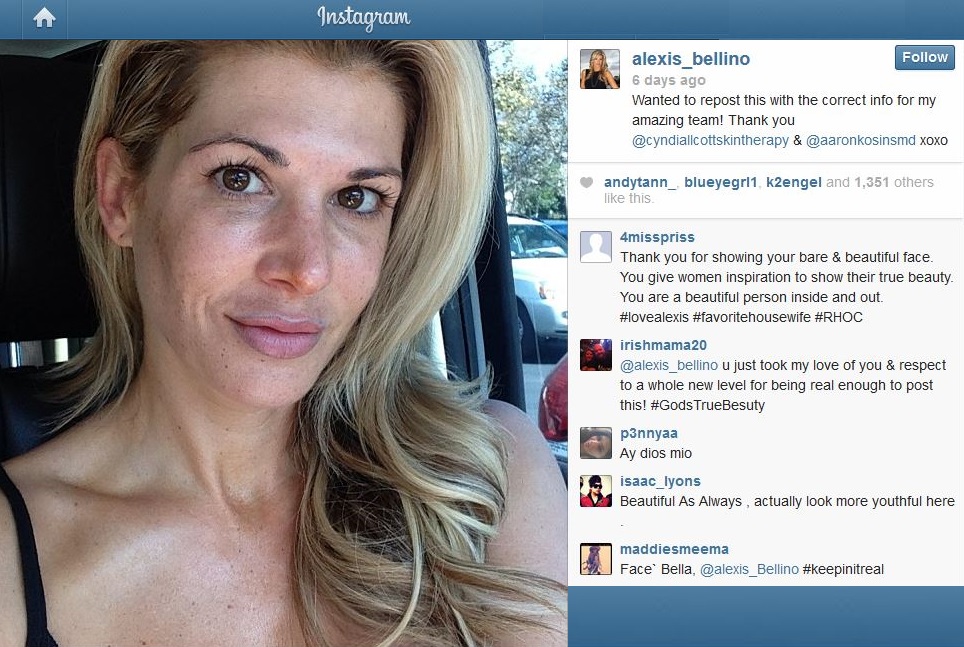